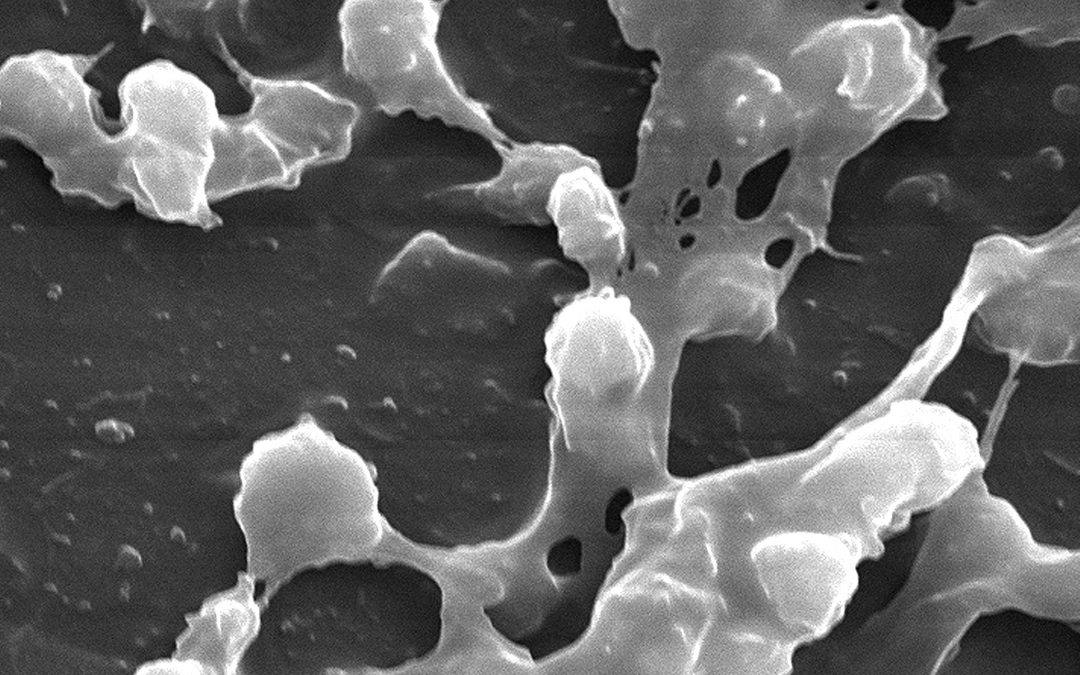 You may or may not know someone who suffers from chronic illness or medical conditions, but far too few of us are aware of biofilms – what they are, how they impact us, and how they can be treated. A highly significant factor when diagnosing or treating a patient that’s chronically sick, biofilms must be addressed in order for these patients to heal. Because the information available to the general public on biofilms has left us wanting, we’re taking a look at what the term means and its role in chronic illness, and converting all of it to digestible plain english.

Our itinerary looks a little like this: first, we’ll get into what a biofilm actually is. Why they form, how they form, and why their presence is tied to chronic illness. Then, we’ll identify some common forms of biofilm and, lastly, some treatments and modern revelations. Let’s not waste one moment.

In a nutshell, a biofilm is a collection of cells or bacteria that have stuck to one another in such a way that they form a grouping known as a ‘polymeric substance’, though for the sake of conversation this substance is highly akin to mucus or slime. This is an inherent of the bacteria’s lifeforms stages, wherein stage one sees bacteria independent of other cells, and stage two sees them aggregating. This process can occur on living things and idle, non-living objects.

Interestingly, these biofilms are the result of a practice similar to humankind’s pension for strength in numbers and prosperous communities. Because organisms are naturally stronger when together, it comes as no surprise that bacteria cells, when grouped together, will form protective mechanisms and constructs designed to increase survival rates and evade or combat the human immune system’s cells.

For this reason, chronic illnesses or infections associated with biofilm have all, historically, been resistant to both antibiotics and a host organism’s internal defences. Because of this, early detection of the presence of biofilms in both wounded or ill patients is a pivotal factor in treatment. Not only are biofilms resistant to antibiotics, but they also cause a lot of harm in the human body. As with all living organisms a byproduct of being alive are waste products. The bacteria which are thriving in the biofilm create a lot of waste products and they dump this waste into the human body. As this waste is toxic to the bacteria so too is it toxic to the host. Thus as the biofilm is thriving the waste products grow and this waste starts to create problems elsewhere in the body. We call this process “Autointoxification”. Meaning the toxins are being created within the body. These toxins start to create havoc throughout the entire body, for example they negatively affect mitochondria which causes a significant decrease in energy production leaving the individual chronically fatigued and with extremely low endurance. They also lose muscle strength and become weak and often this is overlooked as they are told you are getting older.

Explaining how a biofilm forms is only half of the battle – the other half is identifying some instances of a biofilm’s presence that will lend clarity to the explanation and hopefully create that ‘aha!’ moment.

Let’s start with a form of biofilm you deal with on the daily: plaque. That’s right, dental plaque. An oral biofilm that sticks to one’s teeth, the mouth provides all of the right conditions for cells like bacteria to form, and a pearly-white platform for them to adhere to. Allowing them to linger and spread is what causes dental diseases such as gingivitis.

Similarly, patients who suffer from chronic ear or sinus infections are subject to prolonged illness because those infections are home to biofilms that are disrupting cell growth and the success of antibiotics. Ultimately, every instance of biofilm participation is tied to reduced antibiotic effectiveness and slow to nil recovery, for this reason.

Part of the reason the information available to you is limited is because the medical community’s awareness of biofilms is short-lived comparatively, and as a result new discoveries and treatments are being identified as research progresses.

Cornerstone relies on a strategic combination of Bismuth and DMPS/ALA to treat biofilm. A chemical element and post-transition metal, Bismuth is documented to counteract the growth and spread of bacteria. A common over the counter reference is Pepto-Bismol, though it should be noted that the form of bismuth found in pepto-Bismol is bismuth subsalicylate, which can aggravate rather than heal and is therefore not ideal. Part two of the equation, DMPS/ALA, are dietary supplements that cause chelation (or the removal of metals impairing one’s immune system.) This combination works altogether in the body to gently break up the biofilms and remove them.

This protocol occurs three to four days per week, and the treatment occurs before bed in combination with both probiotics and clean nutrition. Once you’ve set up a consultation, we’ll identify the severity of the condition, which will determine the range of treatment. Typically a patient can expect 10 to 20 weeks of this form of biofilm treatment.

Biofilm is a dense subject, despite being limited by the lack of information available to the everyman both online and in printed documentation. We hope the above has shed some light on the nature and effects of biofilms, but of course we encourage you to contact the Cornerstone clinic, or set up a consultation, should you have any additional questions.