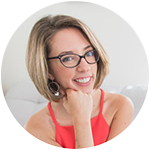 A maritimer to her core, Dr. Ashley Margeson was raised in the ocean off the coast of Nova Scotia. The granddaughter of a serial entrepreneur and a politician, she was born into a family that understood the value of hard work, of dedication, and of listening to each person’s individual story.

Dr. Ashley believes that your health should work for you, not against you. Her undergraduate degree in Nutrition and Dietetics at Acadia University ignited her dedication to advocating for sustainable food security and her unwavering belief in the power of social change. Following her graduation she went on to obtain her Doctor of Naturopathy degree from the Canadian College of Naturopathic Medicine. She has since amassed an impressive portfolio of certifications from the top clinicians across North America, ensuring she is using the best available evidence, research and technology to serve her patients.

Known as someone who never gives up, Dr. Ashley was named one of Acadia University’s Most Notable Alumni at the age of 24, one of Atlantic Canada’s Top 50, Under 40-Year-Olds at the age of 25 and received the Humanitarian Award upon graduation from the Canadian College of Naturopathic Medicine.

Dr. Ashley works to ignite your health so that you can focus on your passions, your business and your goals. Because when you live an optimized life, you’re able to create a shift in the world much bigger than yourself. A shift not only felt in you, and the people around you, but a shift in your entire community, your entire province and even the entire world.

Get [a variety of useful content] in your inbox each [week]